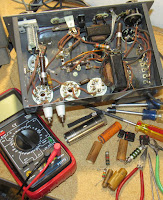 I've cleared out most of the obviously questionable stuff from under the chassis and tested what is left...no surprises and, most importantly, the iron tested good. At this point I have a to-do list:

On May 18 I was fortunate to find a Stancor 10P transmitter at the Pavek Museum annual "garage sale". The ads claim this little rig will run 12 watts 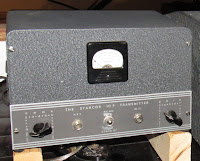 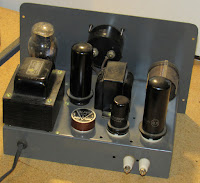 Both the front and top views show this rig to be unmodified. Excellent. I'm always sorry to see an other wise neat radio suffering from Black and Decker Syndrome.  But what's been done under the chassis? Connections hanging in mid-air? 6.3 VAC filament voltage run to the crystal socket (maybe for a VFO connection)? But everything important seems to be there so it looks like the first step will be to strip the chassis down to stock parts/layout, next, test the transformers and chokes then replace the electrolytic and paper capacitors. After that I'll see what else needs to be replaced or rewired. 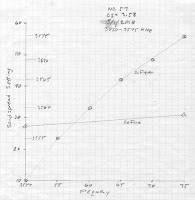