The past two weekends gave me a chance to get some more operating time on my 1928 Hartley transmitter. These were the weekends of the AWA Bruce Kelley Memorial 1929 QSO Party . The first weekend I used my HRO Sr with the Hartley. On the second weekend I paired my Drake 2B with my Hartley. I had a good time working other '29 transmitters in Minnesota, Wisconsin, Illinois, New Hampshire, North Carolina, Ohio, Ontario and British Columbia.

In total I made 16 contacts and learned a little about the limitations of my station. First, I really need a higher antenna. My antenna is a 105' inverted "L" only about 10' to 20' off the ground. It loads up nicely but, given t 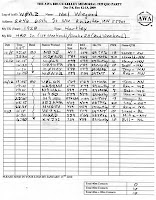 his low height, has a fairly high angle of radiation. It probably qualifies as a Near Vertical Incident Skywave (NVIS) Antenna. Out of my first six contacts, five were here in Minnesota and most of them reported a strong signal. I also found that the best time was late afternoon, not the night time hours. The first weekend the only QSO I had outside of MN was with Ohio and it was when the QSO Party rules allowed me to crank the power up a little. When the propagation changes my antenna works OK but I feel it does limit me. Next, I learned that 40 meter transmitter performance is a little down from 80. While I've received a good signal report on 40, I can't get as much power out and I had more trouble getting on frequency. My Hartley is a usable 40 meter transmitter but 80 is definitely its better band. 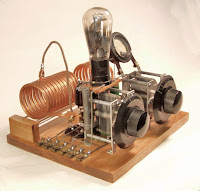 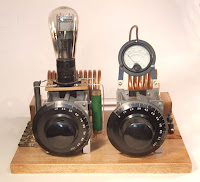 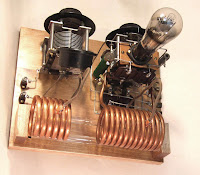